Hi babes! 👋 We’re interrupting your regularly scheduled programming to bring you the Feminist Forecast - Clothes Before Bro's bi-weekly newsletter that will be telling you all the feminist news that made us feel something this week - whether that be angry ASF, or empowered! 💪 💕

We'll also be clueing you in on some of the exciting bits we have going on behind the scenes at Clothes Before Bro’s… sometimes before we even go public with it (so you’re basically a VIP)! 😘

So, if you want to smash the patriarchy - keep scrolling! 😉

❗TW: Today's news and facts of the day contain information about homophobia and biphobia, as well as mental health and suicide❗

GWEM is a ‘global women’s movement and magazine that focuses specifically on 'Equality for ALL, Access to Quality Education & Women’s Equality' 💘

Yes, you read that right… GLOBAL! 🌎

Amanda Hart, the founder of GWEM, has a mission to empower across the globe through inclusivity, and diversity, creating GWEM as a platform on which to share ‘intercultural stories and goals’!  💕

Since its creation, GWEM has absolutely taken off, and is now collaborating with organizations all over the world- showing the power and influence that GWEM has to make a difference! 💪

GWEM are making amazing change across the globe, and as perfectly described on their website… are not just providing a great magazine but a ‘platform for changemakers and trailblazers' 🔥 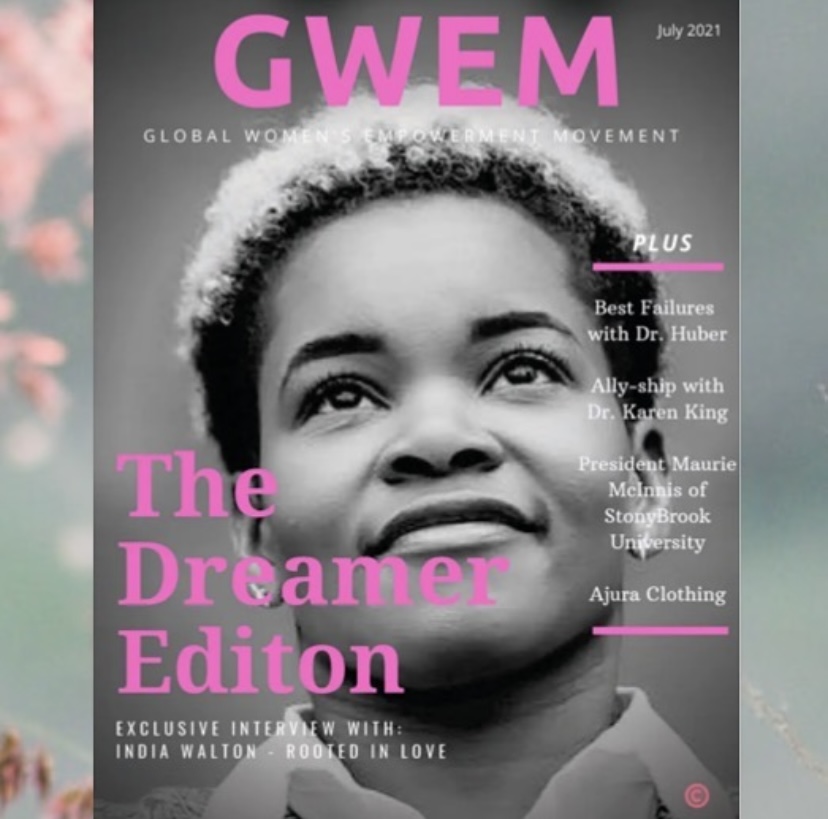 Love Island’s back! And as always, it brings up larger social issues needing to be addressed… 👀

This time, it’s the way in which the contestants have been accused of fetishising bisexual women... 👎

These accusations come after two events that have occurred within the FIRST THREE episodes! 😮

• When contestant Amber chooses a dare that states ‘give the best chat-up line to the girl you fancy the most', Luca quickly replied  ‘You can’t do that one’!,  seeming to have forgotten for a moment that women can be attracted to both men and women... 😖

• Amber challenged this with a quick ‘Why can’t I?’ and kissed fellow Love Islander Tasha… QUEEN SHIT 👸

• In another game it is revealed that Paige has kissed 10 girls in one night, and when discussing this revelation with the boys Luca comments that ‘she should send me the pictures’ 🤢

So, is this the first time sexuality has been discussed regarding Love Island?

• No… in fact, Love Island UK has been criticised for years for the way in which they handle LGBTQ+ representation, especially considering Love Island has yet to welcome its doors fully to LGBTQ+ contestants, with ITV commissioner Amanda Stavri stating in 2021 that they would present a ‘logistical difficulty’ 🤔

• The first time a non-heterosexual encounter was shown on screen was in 2016, on season two of Love Island- this was when Sophie Gradon and Katie Salmon, both came out as bisexual, kissed on screen, and even coupled up being the first and only non-straight pairing on the show! 👩‍❤️‍👩

• In 2018, Katie Salmon speaks out about the biphobia she experienced after the show, including being considered ‘greedy’, invalidated and excluded by some of the LGBTQ+ community, and fetishized by men 😭

• The kiss that caused the biggest stir was the one with Curtis, with the general public labelling him as gay online despite him not discussing his sexuality on screen and only coupling up with women 👀

• After the show, Curtis states that he doesn’t want to label himself and states ‘I can never ever say what will happen in the future. I wouldn’t rule anything out’ 😇

• Media outlets then publish articles labelling him bisexual (despite him never confirming this, and specifying he does NOT want to be labelled), and making up hurtful rumours that his girlfriend Maura has an issue with his supposed bisexuality, despite the fact she has openly said she is comfortable with it… don’t force your biphobia onto Maura, huns! 🙄

• Megan Barton Hanson, an ex-Love Island star from the 2018 series that came out as bisexual in 2019, calls for a completely LGBTQ Love Island 🎉

‘I think Love Island would have been a completely different experience for me if there'd have been gay people on the show… I feel like we need a whole gay series. If you're going to do it, do it properly. I mean, I'd definitely go back on there if there's a gay season!' 👭

❗ 2021-  Bisexual contestant comes out in the Villa, but the footage isn’t aired ❗

• Sharon Gafka claims that she discussed her bisexuality and came out in the villa, and this footage wasn’t aired 😠

What does this all go to show?

• All of these examples prove that the minimal LGBTQ+ representation in Love Island just isn’t enough, we need television to challenge stereotypes and change homophobic/biphobic attitudes… and Love Island’s restrictive format simply isn’t doing it! 👎

• The biphobic and fetishizing reaction to Katie Salmon’s sexuality in 2016 shows how widespread these negative attitudes towards LGBTQ+ sexuality are, and how ingrained homophobia is in our society… but the fact that these attitudes were exposed AGAIN in this week's series, with men making fetishizing comments about women kissing women, shows that seven years later, not much has changed! 💔

Do better Love Island… we’re praying for some bisexual bombshells to dominate the villa and challenge stereotypes later this season! 💖 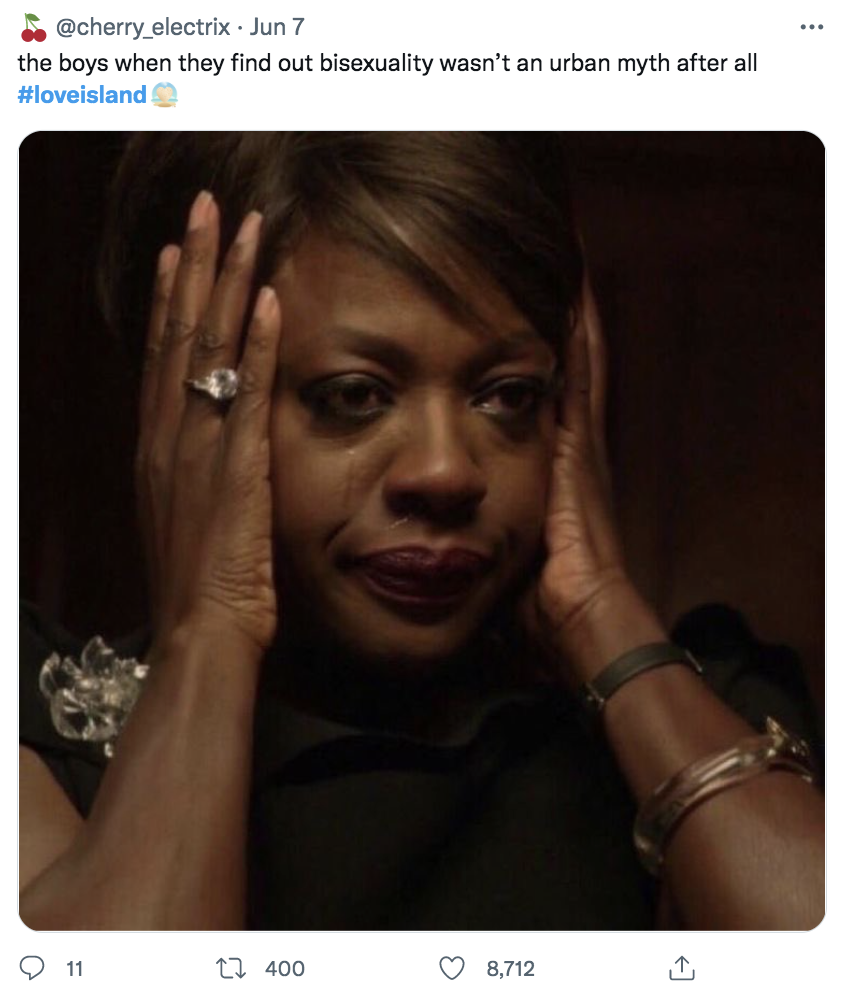 • 31 per cent of bisexual respondents had been insulted, pestered, intimidated, or harassed in the year prior to being surveyed (Stonewall, 2020) 😡

What's been happening with us this week? 😘

•  We’ve started packing and sending out your jeans, hold tight- not long now! 🤩

• We finally reached 50k (THANK YOU WE LOVE YOU) and have a BIG giveaway coming up soon! 😍

• We’re looking to hire a temp to help us out at the unit based in Cannock for £10 per hour! For more details please contact laura@clothesbeforebros.co.uk!  🤳

• We’ve been featured in WooHoo Birmingham as the top 200 most influential women in Birmingham, HOW AMAZING IS THAT! 💕 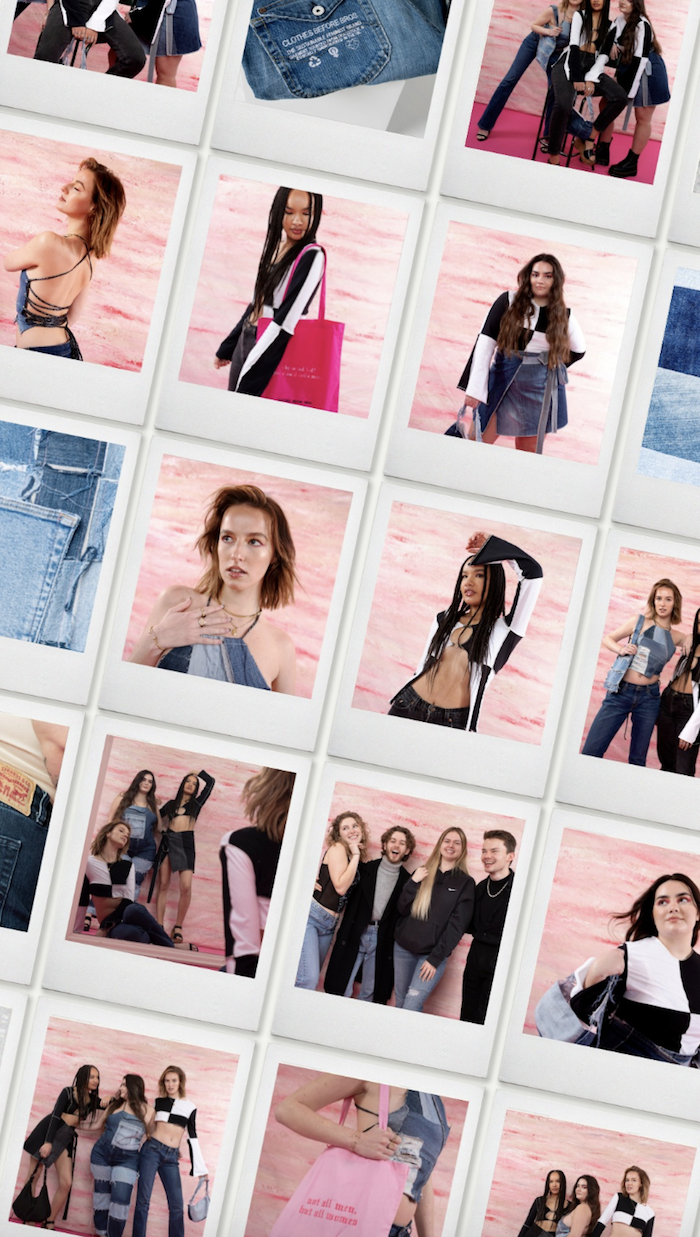